I am
Brant Mathews,
aka, the FireGuy! 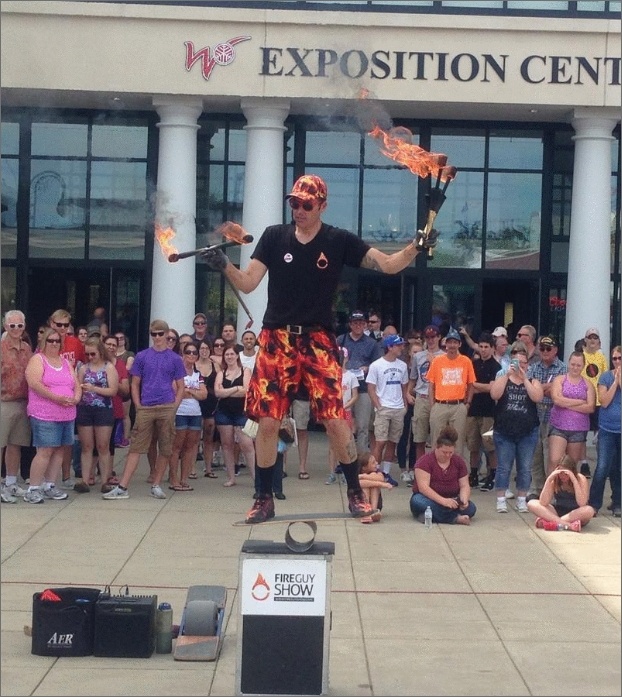 Some fun facts about me

A quick story on how I got into the show biz

It was 1999, & I was juggling fire on the streets of Toronto trying to make ends meet as an entertainer. One lucky day, a guy named Mark walked up to me asking if I wanted to juggle for the grand opening of the Air Canada Centre for the Toronto Raptors, but no fire. He said to show up with an invoice, and remember no fire, just juggling.

I was so stoked and juggled my heart out, at the end of my gig, I gave a handwritten $250 invoice to Mark, at the employee’s entrance and thanked him for the opportunity.

I was only hired for that one gig, but then, I had an idea…“What if I just showed up with another $250 invoice asking to entertain again?”

I entered the employee entrance invoice in hand and Mark was surprised, to say the least. He questioned why I was there and noted something about only being hired for that one event. I wasn’t ready to give up yet, so I told him, “Well Mark, I had so much fun at the first game that I thought you may have wanted me back again.”

Mark was so impressed by my bravery, that he not only let me show up to every home game since then, but he personally called me to perform at the halftime show. He said to me, “FireGuy, you’ve been a good team player all year, how would you like to perform at a halftime show….with fire this time?”

What’s the takeaway? That you really can make what you want. Where you are right now almost doesn’t matter, because you are becoming something greater. Whatever it is that you want, don’t be afraid to risk rejection. 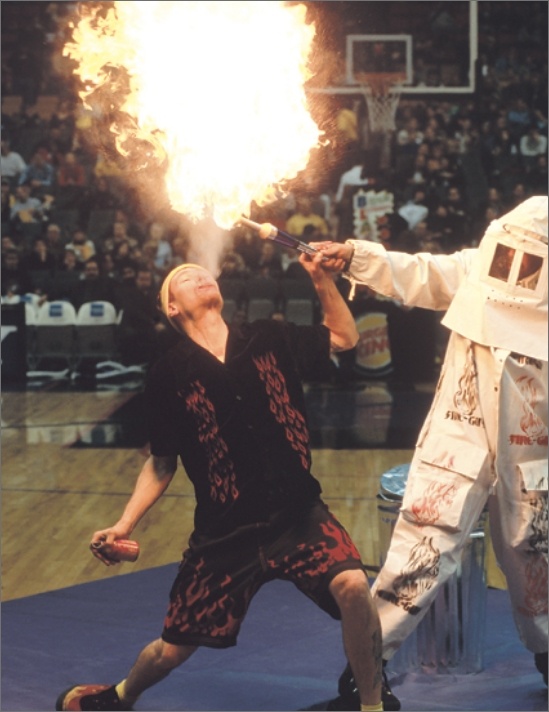 Here is what past clients have said

Our Mayor was extremely pleased

You are so passionate about busking and know so much about hosting a buskerfestival. I loved both of your shows, you are so funny and incredible to watch. The Flametastic Finale was amazing! Deanna Smith Town of Newmarket

Easy to work with

I would highly recommend his services to anyone looking for unique and customizable entertainment. I contracted Brant to provide a unique LED light-wand performance. Warm regards, Erin O'Donnell Special Events Manager Dixon Schwabl

You will not be disapointed!

He has been a tremendous addition to Musikfest. His energy and consistent professionalism are second to none, and he's always looking for new ways to enhance his show and make it the best experience from the patron's perspective. Helen Smith Talent Buyer ArtsQuest

In 2019 NBC contacted me to help promote their new app. I used fire eating as a way to prove that the new NBC app is actually

When the temperature goes down, the heat goes up.
Ice is nice with the Fire Guy.

Check out the video and see it in action

Let’s get to know each other. Tell me your vision for your event and we can figure out how to add some fire to it.

YES! I Want to Connect 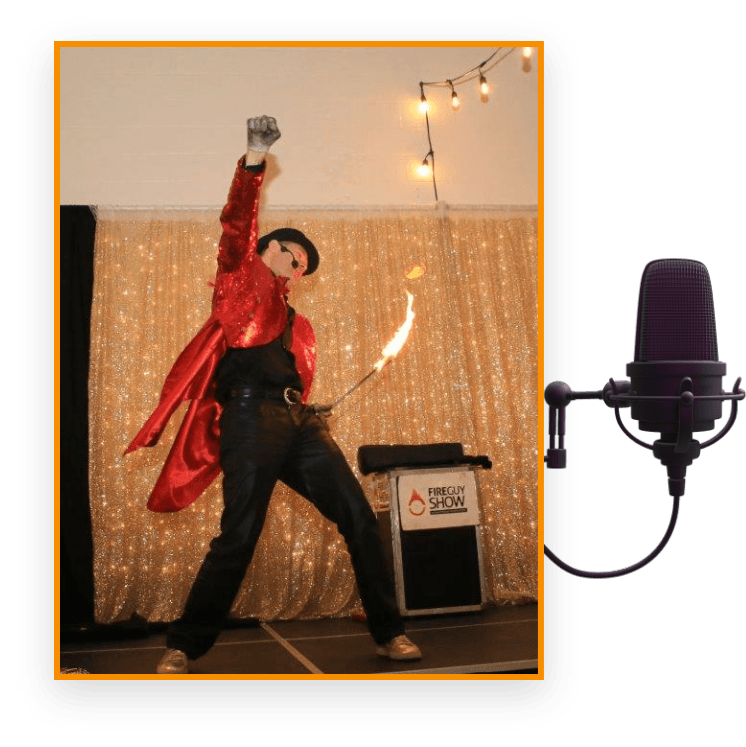 Fire Guy Show has a Podcast!

Listen and get warm as you reveal the secrets of the flame behind Fire Fuy Show. Learn new skills and hear stories that will potentially change your life.

YES! I Want to Listen 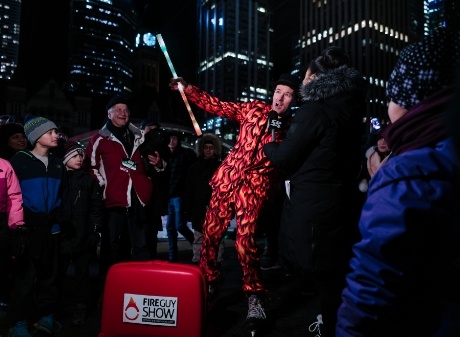 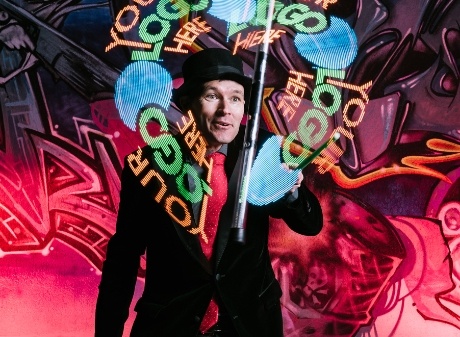 Loving this new prop! It allows me to feature your logo, on your event. 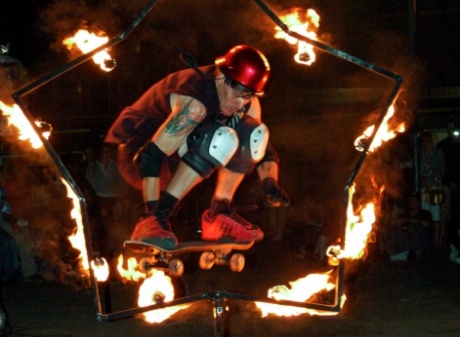 While this looks  pretty dangerous… it actually is even worst. The fire is hotter than hot!

It’s great to meet you!

And I can’t wait to actually talk over the phone or meet you through zoom to go over your needs.

Or call me at the HOT Line